Christians who sideline their faith at work and bank on getting to a church service on Sunday are missing out on a huge part of the purpose of God for their life, says Pastor Paul Bartlett, founder of the #TGIM movement.

Paul is a senior leader of Lighthouse in Wollongong, New South Wales, state leader of Australian Christian Churches (ACC) in NSW, and national leader of ACC’s Community Engagement – a role in which he hopes to equip around 1,100 churches to think and act differently regarding community transformation.

#TGIM stands for Thank God it’s Monday. It was born from a desire to help individuals see that their faith and purpose can be worked out every day of the week and to equip leaders of faith organisations to think differently about how to engage their community. The movement has spread to five countries in Europe and recently launched in Canada, where Paul conducted TV and radio interviews, and spoke at conferences.

#TGIM the book was a bestseller in Australia and has been an important catalyst for the contagion. ‘The book is firstly about the story of the Lighthouse church,’ says Paul, ‘and how we turned from an inward church to an outward church. Our main focus was to teach our church that their work is their calling.’

On any given week, Lighthouse connects with six times the number of people that attend Sunday gatherings

The Lighthouse now has over 1,000 people, 70 per cent of whom were not Christians when Paul and his wife Annette took over the church’s leadership 18 years ago. On any given week, Lighthouse connects with six times the number of people that attend Sunday gatherings.

Paul says many pastors unintentionally infer that Sunday is the most spiritual day – so Christians go to work thinking, ‘Don’t worry, Sunday’s coming where I’ll encounter God and feel spiritual.’ ‘The number one thing we’ve done at Lighthouse is we’ve made Monday spiritual again. ‘We’ve also taught people you don’t have to get on a plane for a two-week mission trip to another country to reach people for Christ. You just need to walk across the road to your neighbour or to the office cubicle next to yours.

‘The most important ministry at Lighthouse is the everyday ministry of work.’ Paul says demystifying notions of ‘calling’ and ‘place of calling’ has been central to changing people’s perception of their day-to-day purpose. ‘People at Lighthouse now understand that only a handful of them will be called to missionary work and that everyone else will find their mission field right in front of them in whatever they’re doing now.’ Leaders train, equip and inspire people to go into their Mondays guided by the phrase in Ephesians 2:10 that says, ‘God has prepared something good for you to do.’

The church’s Connect Groups are also often work-centric, with leaders trained to ask relevant questions like, ‘How do you handle a difficult boss?’ or ‘How do you handle it when your boss asks you to do something that’s unethical and you could get the sack if you don’t do it?’

Paul says people are finding God’s purpose in their work and it’s exciting.

‘We discovered that little things in the workplace confirm that God has prepared something for you to do if you go to work like you know this is true.

‘People began to tell stories of the little things happening at work they never thought possible.

‘The little encounters with people, the conversations around faith, the person that needed somebody to pray for them. All these things began to emerge and it strengthened the idea that whatever the person does today, God’s in it.’

Paul says the statistics show that churches must stop trying to make Sundays the only pathway to bring people to Christ because it’s not working.

‘We’ve got to go deeper because the world is sick of us caring with our agenda attached.’

Lighthouse leaders recognise it’s important to have a different set of KPIs that don’t just measure the number of people in seats on Sundays, but also gauge influence in the community. They measure its impact through its partnerships, which range from local eatery Grill’d burgers to local fitness centres that train the 40 or so homeless young people assisted each year by Lighthouse. There’s also a weekly community kitchen where volunteers from businesses and the community help cook and wash dishes to assist the Lighthouse to feed 150 people off the street.

‘What we’ve found is that, as we immerse ourselves and get to know our community and start to value what they value, they love us.’

Eight years ago, Lighthouse hired a research company that found that, if the church were to shut down, the outside community would be genuinely disappointed.

‘What happened was people started to get to know us as the church that has extraordinary ideas around how to love people.

‘We set up the Jerry the Giraffe Award for people and organisations in our community that stick their neck out for others – and people are genuinely excited about winning the award and taking selfies with him. ‘Churches buy red glasses as part of the Thank God it’s Monday Community Engagement Training bundles – and they’re for people who see their Mondays differently.

‘I carry these glasses with me and if I go to a restaurant and get good service I say to the person, “Hey, I don’t know if you know, but we love people who love doing their work, and I’d love to get a selfie with you. If it’s okay, I’d love to post it.” It’s just a fun way to connect people.

‘We’re trying to do as many things as we can to make Christianity a bit normal in society and make it about loving, honouring, and making people feel special, as opposed to just trying to preach at them the first moment we see them.’

Marjorie Lewis-Jones, conducted this case study interview, as part of the Faith and Work Integration Study by NCLS Research.

Other case studies in this series 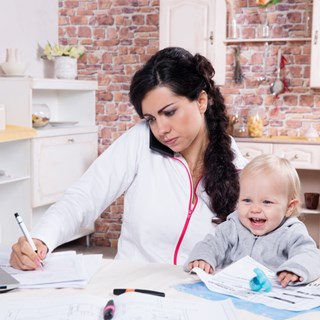 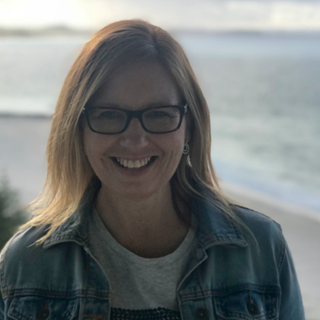