Home / Articles / Was Jesus real? Did he rise from the dead?

Was Jesus real? Did he rise from the dead? This is what Australians think.

Views on Jesus and the story of his resurrection

Easter is a major event in the Christian calendar, a time when many Christians remember and celebrate the death and resurrection of Jesus Christ. It can be a time of sober reflection and incredible joy for those who believe in Christ.

Historians generally agree that Jesus was a real person who actually lived, but what do Australians think? Do they believe Jesus was real and do they think he rose from the dead?

Was Jesus a real person?

The 2021 ACS asked Aussies this question in November 2021. We surveyed nearly 1300 people aged over the age of 18, in a national sample survey, and this is what we discovered.

Almost half of all Australians (49%) understand Jesus to be a real historical person. Nearly a quarter see him as a mythical or fictional character.

A strong minority of Australians, around three in ten, express uncertainty about the identity of Jesus. In the 2021 ACS, when asked how they viewed Jesus, some 29% indicated they did not know.

The varied results in beliefs about Jesus are clearly seen, as is the level of uncertainty. In the space between those who view Jesus as real and those who view him as myth is a substantial number who are unsure. 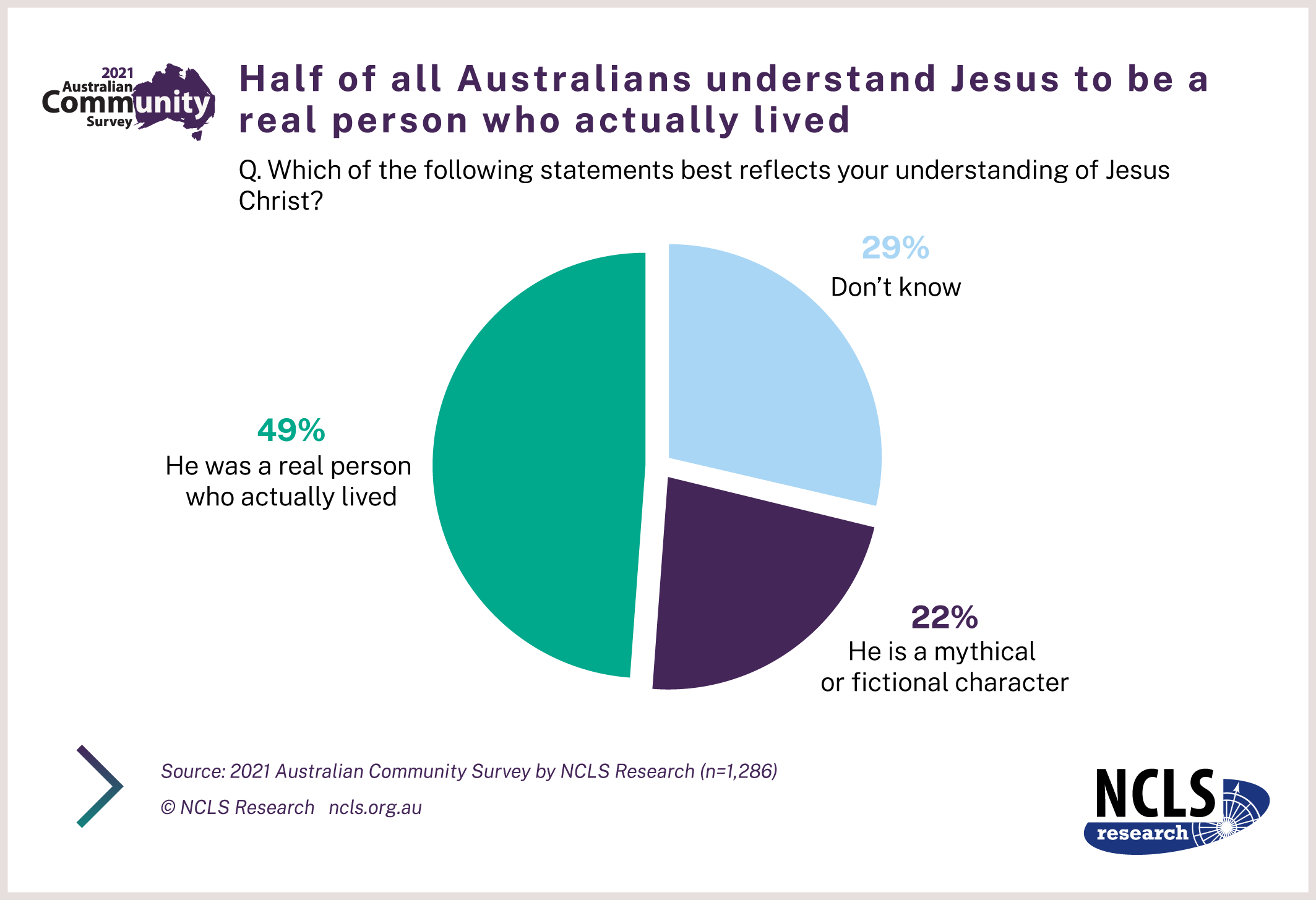 What is interesting is that older Australians are more certain Jesus was a real living person than younger Australians.  With decreasing age, this figure declines to only four in ten Australians aged between 18 and 35 years.

Women and men differ in views of Jesus

Did Jesus rise from the dead?

We then asked those surveyed: "The Christian Bible tells the story of Jesus rising from the dead. Which, if any of the following series of statement best reflects your views on this?" 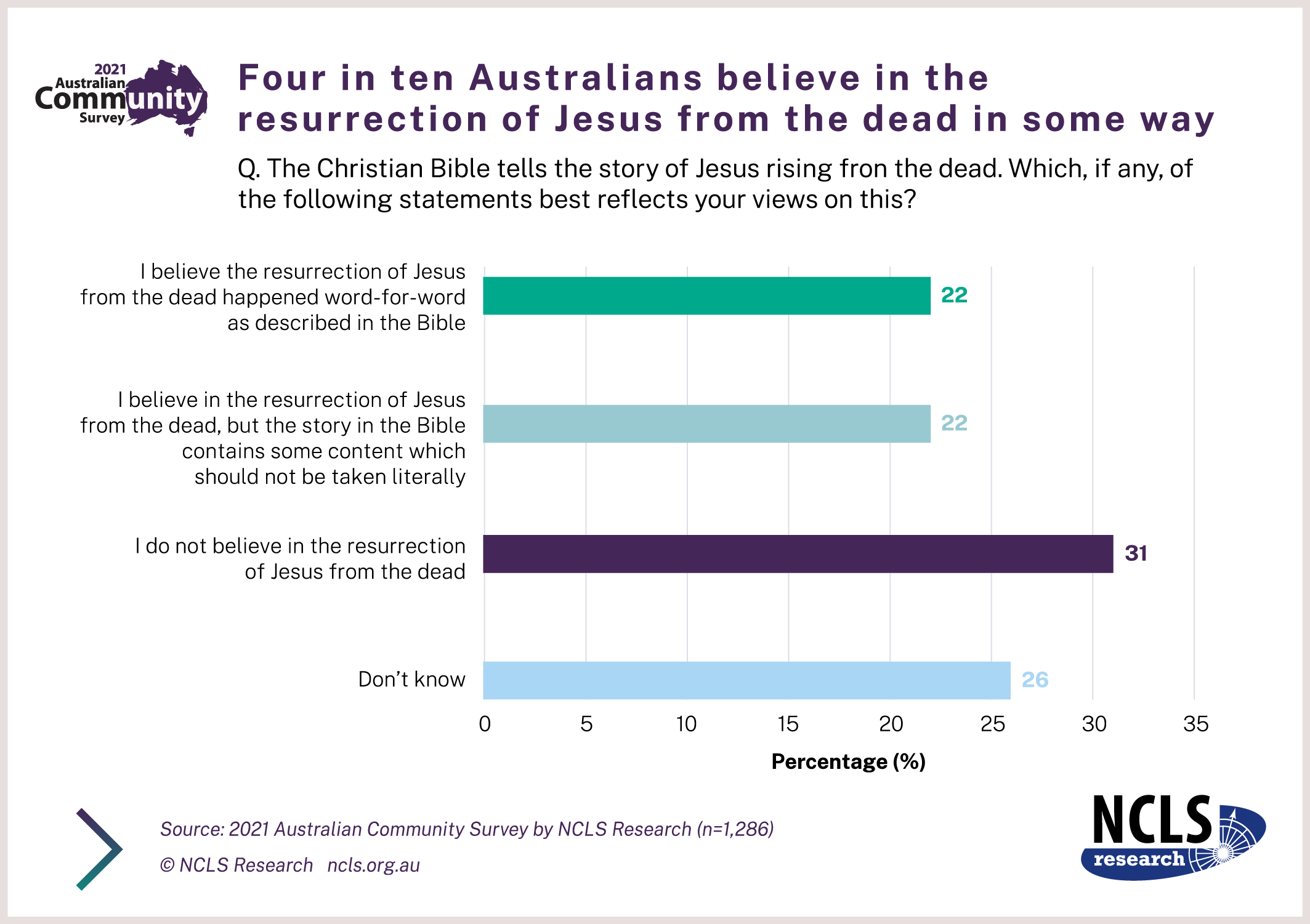 These results provide valuable insights for churches and people of faith.

While there are diverse viewpoints within Australian society, there are a substantial number of people who believe Jesus was a real person and that he died and rose from the dead.

But there is also a substantial proportion of Australians who are uncertain about who Jesus was and what he did. This may represent an opportunity for Christians to have conversations that help build awareness of the significance of the life of Jesus Christ in the Christian faith.