Home / Articles / To what extent are Australians involved in civic action?

To what extent are Australians involved in civic action?

Participating in a democracy often involves civic action. Australians are good at helping one another, but are we willing to become involved at a civic level? How active are Australians in activities such as voting, signing a petition or contacting a parliamentarian?

The 2021 Australian Community Survey (2021 ACS), by NCLS Research, asked Australians this question in November. We surveyed nearly 1300 people aged over the age of 18, in a national sample survey and this is what we discovered.

Results from the 2021 ACS show, in the previous 12 months, around two thirds of Australians had undertaken some form of civic action. Out of a list of options, voting and signing a petition were the actions most commonly undertaken.

Just under 4 in 10 Australians say they had voted in an election and around 3 in 10 report having signed a petition.

Smaller numbers of Australians say they had written or spoken to a Federal or State Member of Parliament (11%), joined a boycott of a product or company (6%), or attended a protest, march or demonstration (4%).  About 8% preferred not to say.

Over a third of Australians, some 35%, indicated they had not taken part in any of these civic actions. 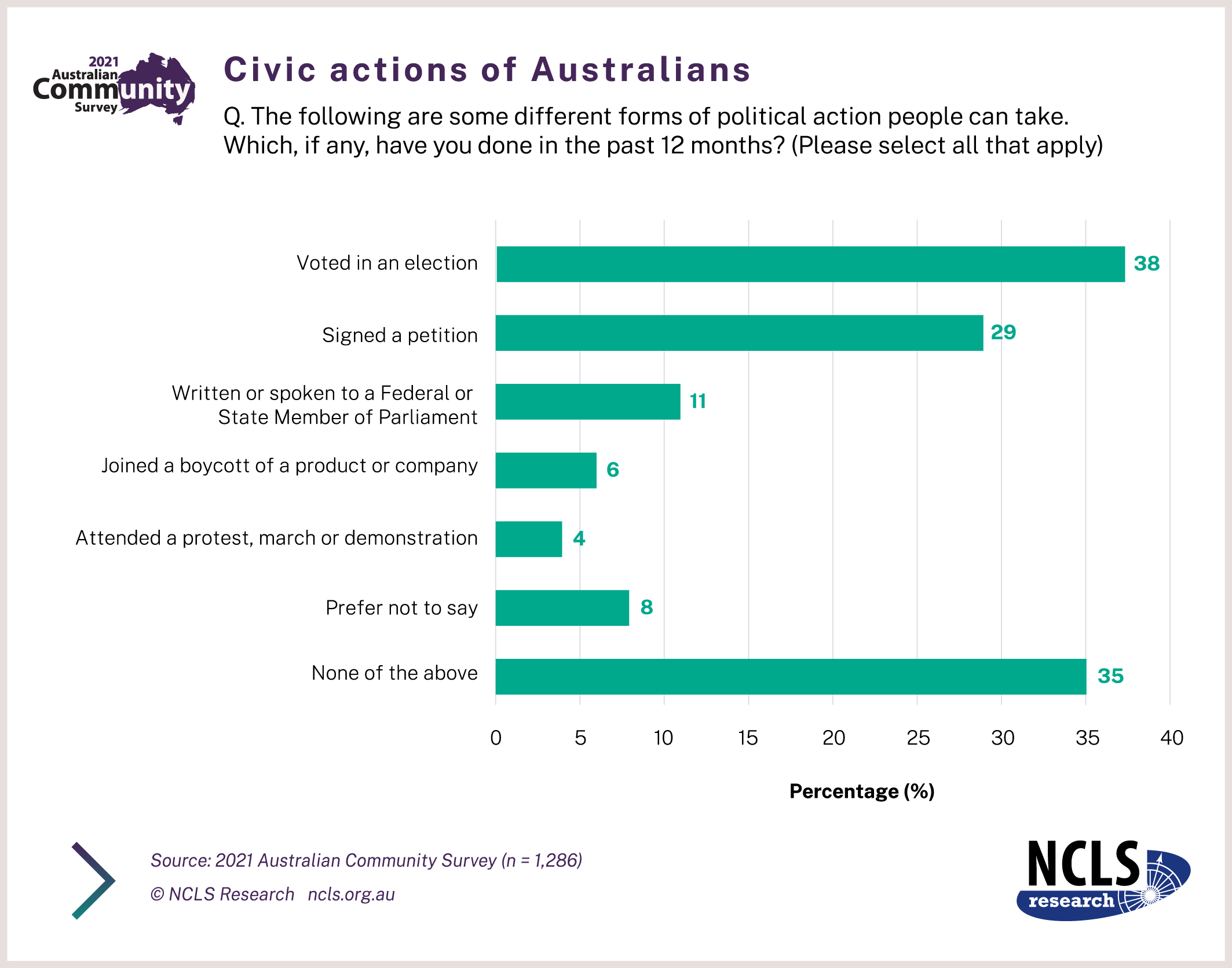 A good proportion of Australians are willing to sign a petition, but only a small number engage in more individual civic actions. This isn't surprising as individual action requires increased time and effort–and so greater motivation is needed for these kinds of civic engagement. As voting is compulsory in Australia, motivation for this action is less clearly attributed to the individual.

Overall, results tell us that the majority of Australians are civically active, confirming fairly strong levels of participation by citizens in our society.

Further information on other acts of advocacy and service undertaken by Australians is available in our articles: Do Australians still help one another? and Does age affect advocacy? 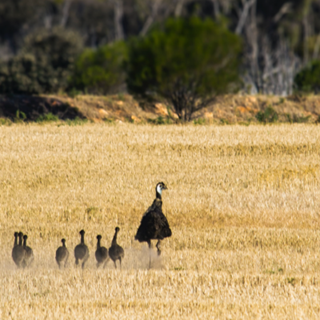 What do Australians think about climate change?

Eight in ten Australians think change is happening and most of those see it as largely human caused. 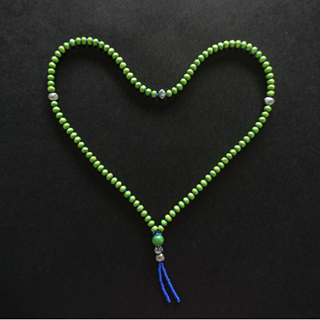 Spiritual practices valued by Australians in times of crisis

Does age affect advocacy and acts of service?