Home / Articles / The spiritual identity of Australians in 2021

The spiritual identity of Australians in 2021

Spiritual and religious self perceptions of Australians

“Religiousness” and “spirituality” are terms which have different but overlapping meanings in popular language. Both concepts are concerned in some way with the sacred or the transcendent. While the distinctions are not hard and fast, “religious” tends to refer to adherence to a particular religion, including its practices, beliefs and communities of expression, whereas “spiritual” refers more to an appreciation of the sacred as well as personalised beliefs and practices

In each Australian Community Survey run by NCLS Research, on scales from 0 (not at all) to 10 (very), Australians are asked to indicate to what extent they see themselves as a spiritual person and as a religious person. In 2021, as in previous ACS, there were widespread results on both religious and spiritual self-perceptions.

While some 22% consider themselves not at all spiritual, this leaves the remaining 77% as spiritual to some degree. Just over half of Australians (52%) rate their spirituality on the upper side of the scale, as a 5 out of 10 or above.

Similarly, while 33% consider themselves not at all religious, a remaining 67% of Australians identify as religious to some degree. Around four in 10 Australians (42%) rate their religiosity on the upper side of the scale, as a 5 out of 10 or above. 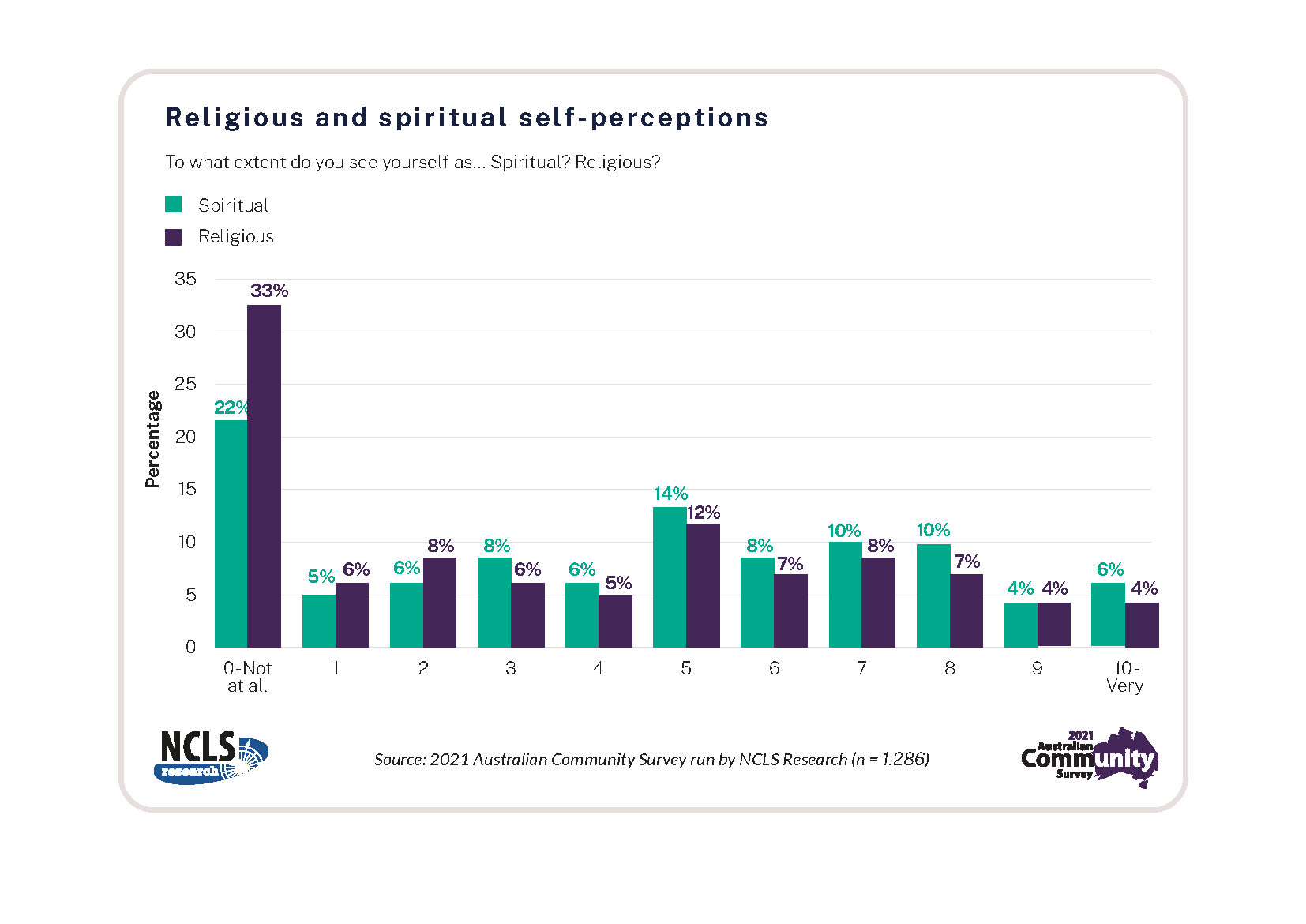 Overall, respondents considered themselves to be a little more spiritual than religious. However, it is evident that most Australians perceive themselves as having both spiritual and religious identities to varying degrees.

How do spiritual and religious identities intersect? Our analysis has found four groups of people, which are indicative of four general approaches to religion and spirituality in contemporary Australia. These four groups have been identified in a series of Australian Community Surveys using an empirical technique called cluster analysis on the responses to both the religious and spiritual self-perception questions.

The first two groups are religiously affiliated and see themselves as religious and spiritual. Yet they differ in terms of the degree of religiousness and spiritualness and whether or not they formally practise their religion. In late 2021 these two groups are of equal size (26% and 25%) and, together, make up half of adult Australians.

The third (smallest) group emphasises spirituality (especially spiritual experience) but not adherence to nor practice of a religion. We have used the short label, “SBNR”, which is used widely by other researchers to indicate those who are spiritual but not religious. In 2021 there were only 12% in this group.

The fourth (and largest) group is unaffiliated, atheist/agnostic and neither religious nor spiritual. In 2021, some 27% of Australians fall into this group.

So, in summary, the four clusters are: 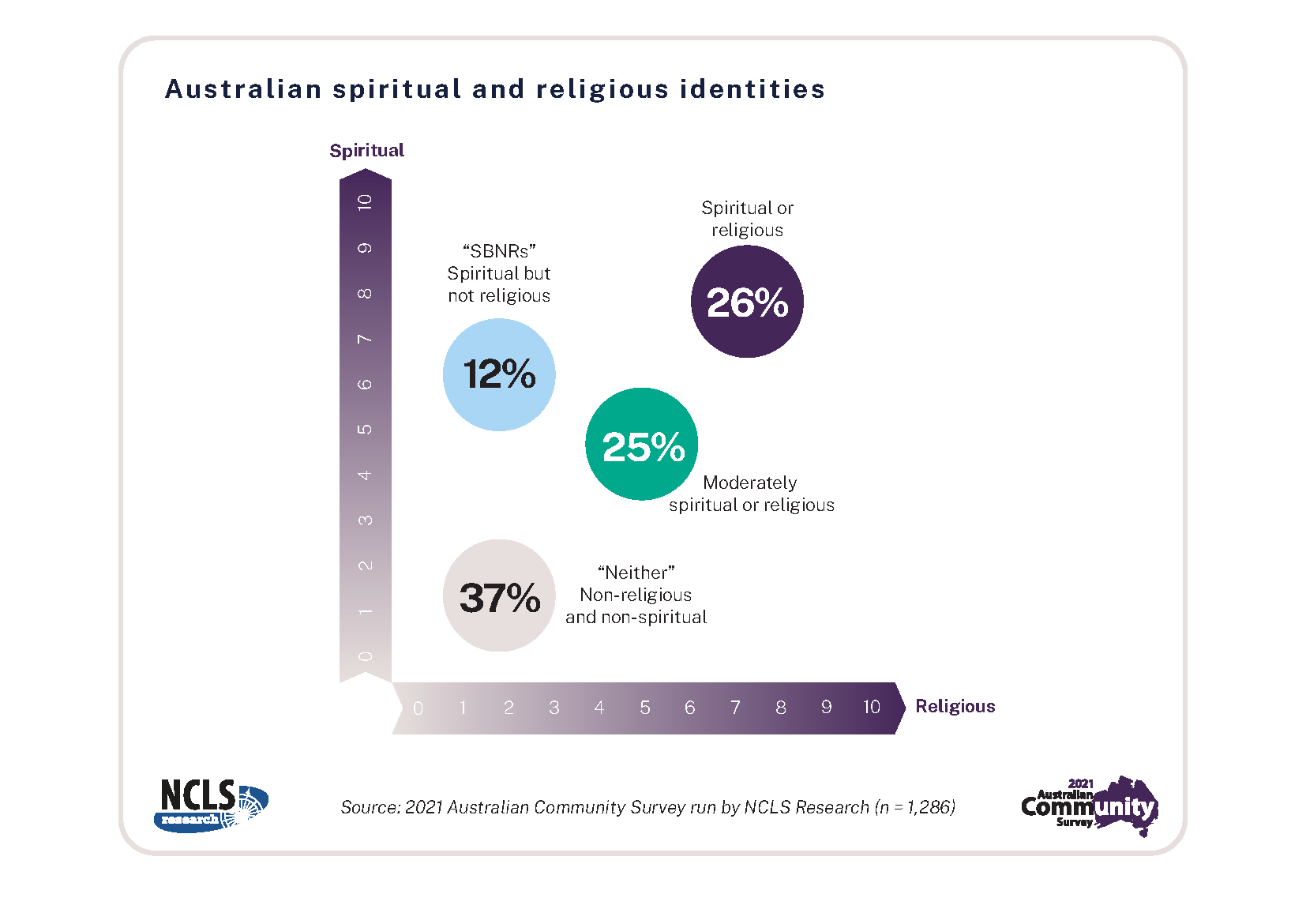