Strong motivation to 'worship and experience God' is seen in a majority of church attenders, with 62% of churchgoers listing this as the main reason they attended church services.   Also listed amongst the top reasons were 'to share in Holy Communion' as well as 'to be encouraged and inspired'.

Some variation can be seen when comparing attenders by their denominational type.

In the 2016 NCLS, churchgoers in Australia were asked to select their main reason for attending church services, out of a list of options. The majority of attenders sampled reported that they attend services to worship and experience the presence of God.

Indeed, results reveal that the most common reason given for attending church services was ‘to worship or experience God’ with some 62% of all churchgoers selecting this response. 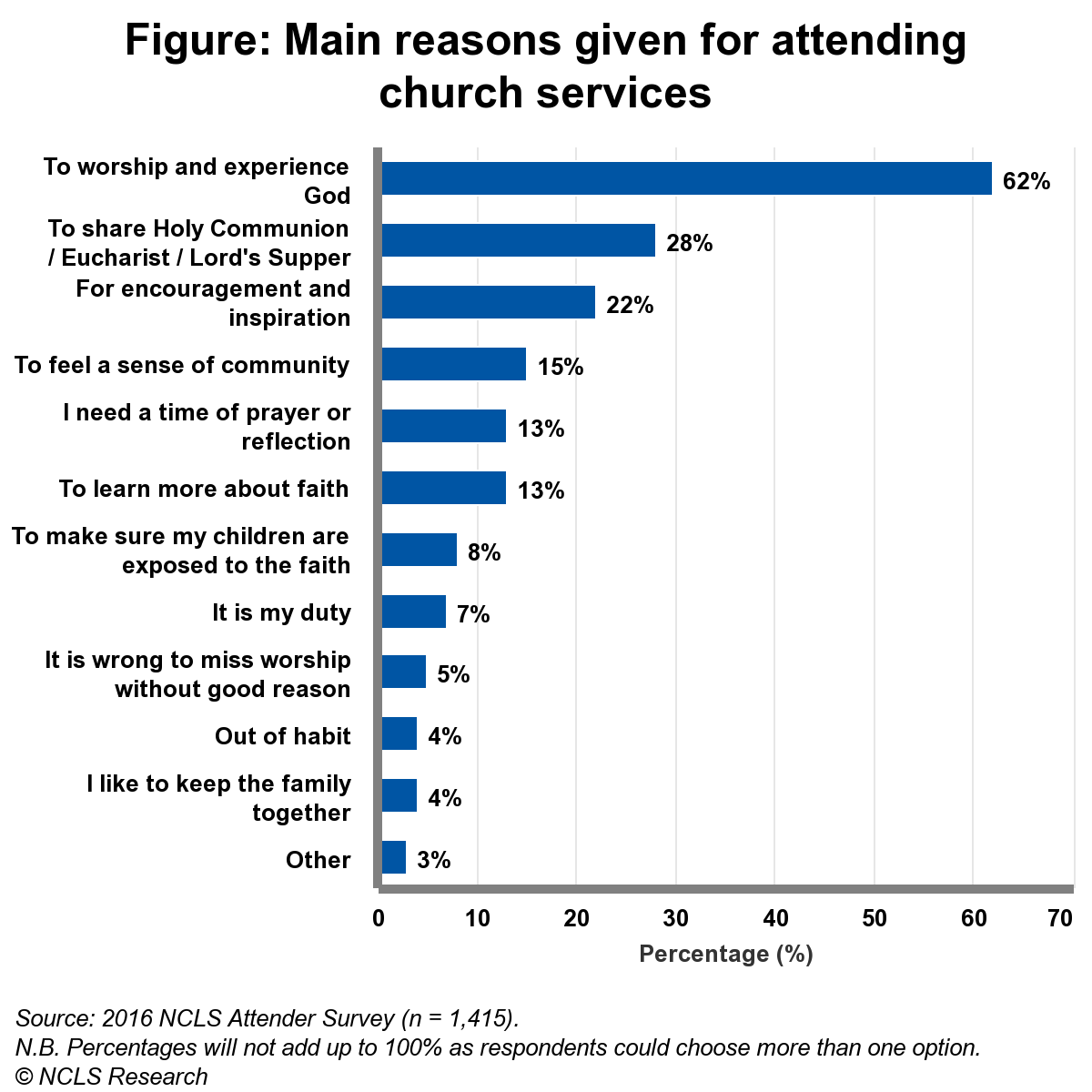 Other reasons were selected at much lower levels and varied significantly across different faith traditions.

Main reasons given for attending church service by denomination

Prayer and reflection is important for Catholic churchgoers

Protestant churchgoers give precedence to community, encouragement and faith development

A third (33%) of Protestant and Anglican churchgoers reported that their main reason for attending church services was ‘for encouragement and inspiration’. Other popular choices for Protestant churchgoers were ‘To learn more about the faith’ (17%) and ‘To feel a sense of community’ (19%).

Just 3% of Protestant churchgoers stated ‘Out of habit’ as their core reason for attending church worship services.

Our research shows that regardless of faith tradition most churchgoers claimed their main reason to attend church services is to worship and experience God. The tradition of Christians gathering together for worship appears strong. The practice of sharing Holy Communion / Eucharist; as well as meeting together regularly to encourage one another in the faith; also appear to be active reasons why people of Christian faith are attending worship. 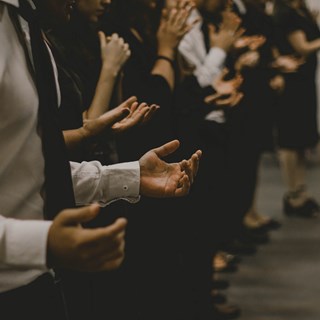