Home / Articles / ‘No religion’ part of ongoing trend, but not whole story

‘No religion’ part of ongoing trend, but not whole story

The latest results from the 2021 National Census, which show an increase in Australians ticking the ‘no religion’ box, come as no surprise to researchers at NCLS Research.

This fresh data from the Bureau of Statistics (ABS 2021) suggests religious affiliation is on the decline. But we say there is more to the story.

The church and Christianity have appeared to be on a decline trajectory, particularly since ‘no religion’ was first offered as an option in the 1971 Census. The trajectory was impacted even further in 2016 when ‘no religion’ became the first option on the Census form.

Interestingly, as the question about religion is voluntary, in the past few decades around 10-12% of Australians have not answered it. In 2021 however, only 7% did not provide a response. (ABS, 2021)

Our research suggests that choosing ‘no religion’ is just one form of measuring our religiousness. It does not reflect other aspects of the issue, such as whether or not Australians are spiritual or believe in God.

More aspects to being religious or spiritual

When people choose a religious affiliation in the national Census, it is a statement of belonging or identity, a ‘tribe’ in which to belong. “We go wrong if we confuse this identity statement with how ‘religious’ or ‘spiritual’ people are,” Dr Ruth Powell, Director of NCLS Research, said.

To form a view about how ‘religious’ or ‘spiritual’ Australians are, there is more to it. This is clear when we examine the results of the 2021 Australian Community Survey (2021 ACS), run by NCLS Research in November 2021,  just a few months after the national Census.

The more nuanced 2021 ACS results show that more than half of Australians (55%) say they believe in God, six in ten pray or meditate, and two in ten (21%) attend religious services at least monthly.

Dr Powell said, “We were able to conclude that people who identified as having no religious affiliation still had spiritual or religious lives.”

Results from the 2021 national Census, reveal the profile of religious affiliation in Australia now comprises 44% Christian, 39% No Religion, 10% Other Religions and 7% Not Stated. 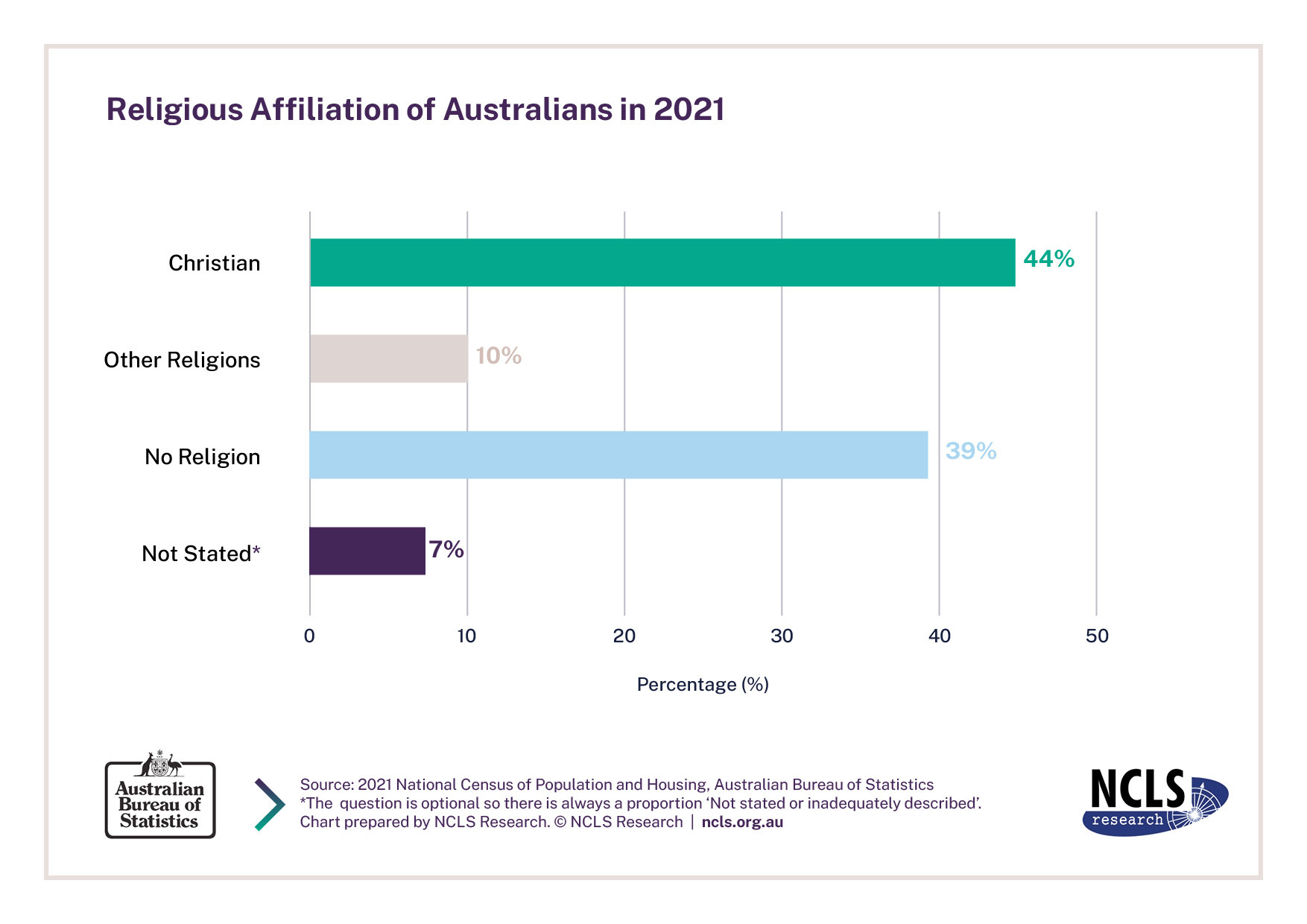 The 'no religion' trend

The trend showing an increase in ‘no religion’ has continued since the option was first introduced to the Census.  “Many young Australians do not claim to affiliate with a particular religion as it is not part of their social or cultural identity,” Dr Powell said. “But it does not mean that they are hostile or closed to spiritual life. The evidence from our detailed research shows an openness to spirituality, including the Christian faith - perhaps more than people would expect.”

Dr Powell also noted that the increased affiliation to other religions, such as Hinduism and Islam, was indicative of Australia’s multicultural migrant population. “In our multicultural country, our new migrant communities tend to be more religious,” she said. 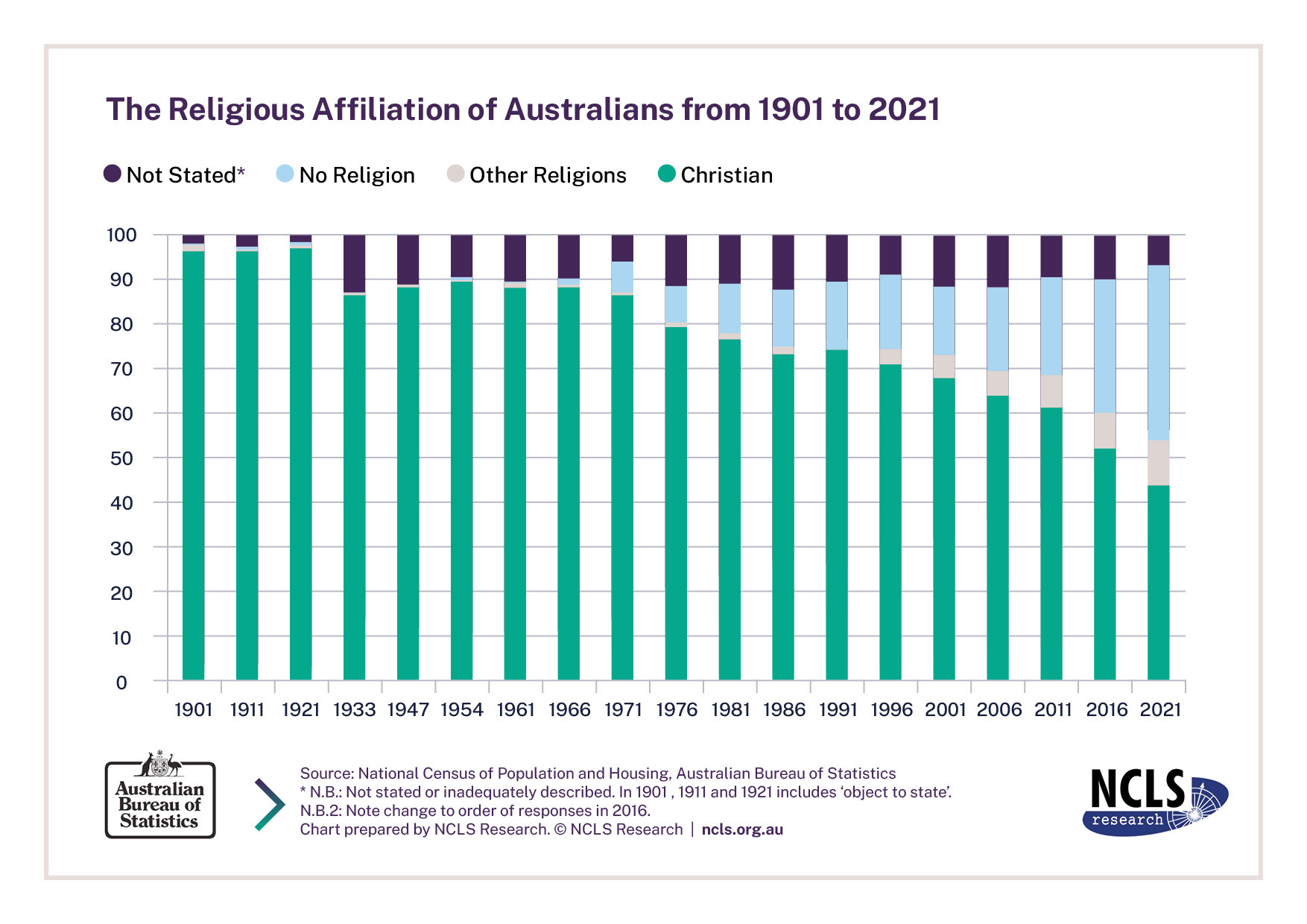 2021 National Census of Population and Housing, Australian Bureau of Statistics 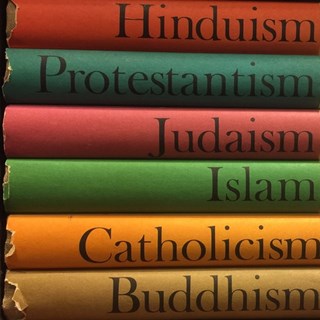