Is Jesus real to Australians?

Australians' views of who Jesus is

Half of Australians see Jesus as a real person

When it comes to views on Jesus Christ, around half of Australians (49%) view Jesus as real person who actually lived. Nearly a quarter (23%) see him as a mythical or fictional character and 29% don't know. 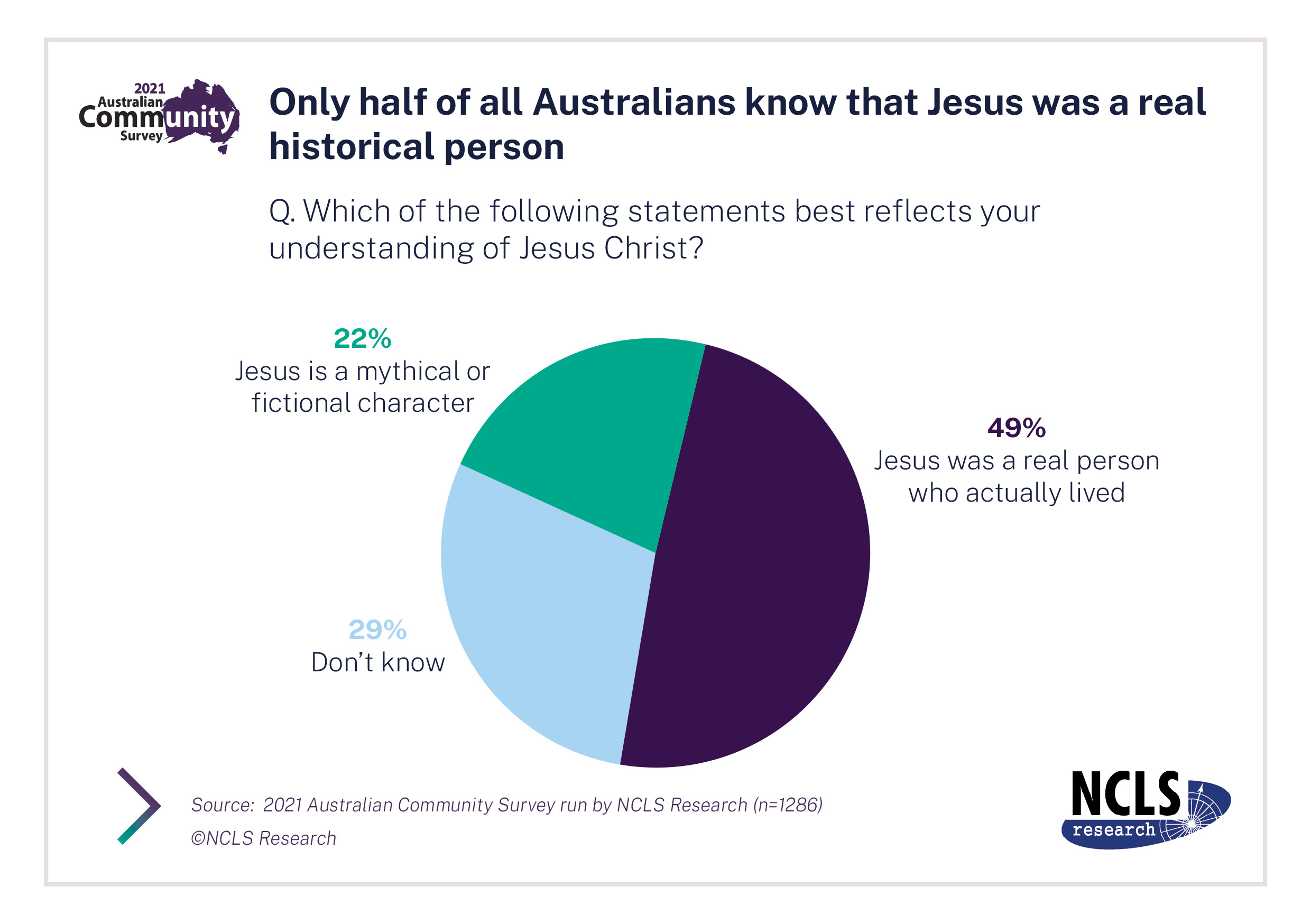 Women and men differ in views of Jesus

Six in 10 Australians aged 65 years and over understand Jesus to be a real person who actually lived. With decreasing age, this figure declines to only four in 10 Australians aged between 18 and 35 years. Nearly the same proportion of this younger age group (36%) said they did not know about Jesus. Similar proportions across age groups (19% to 25%) claimed that Jesus was a mythical or fictional character.