Home / Articles / Four in ten Australians have contact with churchgoers

Relational connections with family and friends who go to church

Around four in ten (44%) of Australians have close friends or family members who attend church. Yet, this means the majority of Australians (56%) say they do not have any family and close friends who are churchgoers. These results are from the 2021 Australian Community Survey (2021 ACS) conducted in November.

It has been well established that relationships have a vital role in determining whether a person will attend church. We live within communities of family and friends who provide a reference point and influence our own beliefs, attitudes, and life choices. Having a religious world view, along with associated beliefs and practices, is sustained and reinforced in community.

In the 2021 ACS, we asked a panel of Australians, which of their close friends and relatives currently attended a Christian church regularly (they could nominate more than one person).

Overall, 44% of Australians know someone who is a regular churchgoer. However, the majority of Australians – 56% - claim that they do not know family members or close friends who go to church regularly. Given the importance of relationships, this lack of connectedness with so many in the wider Australian community may well be concerning to church leaders and attenders alike. 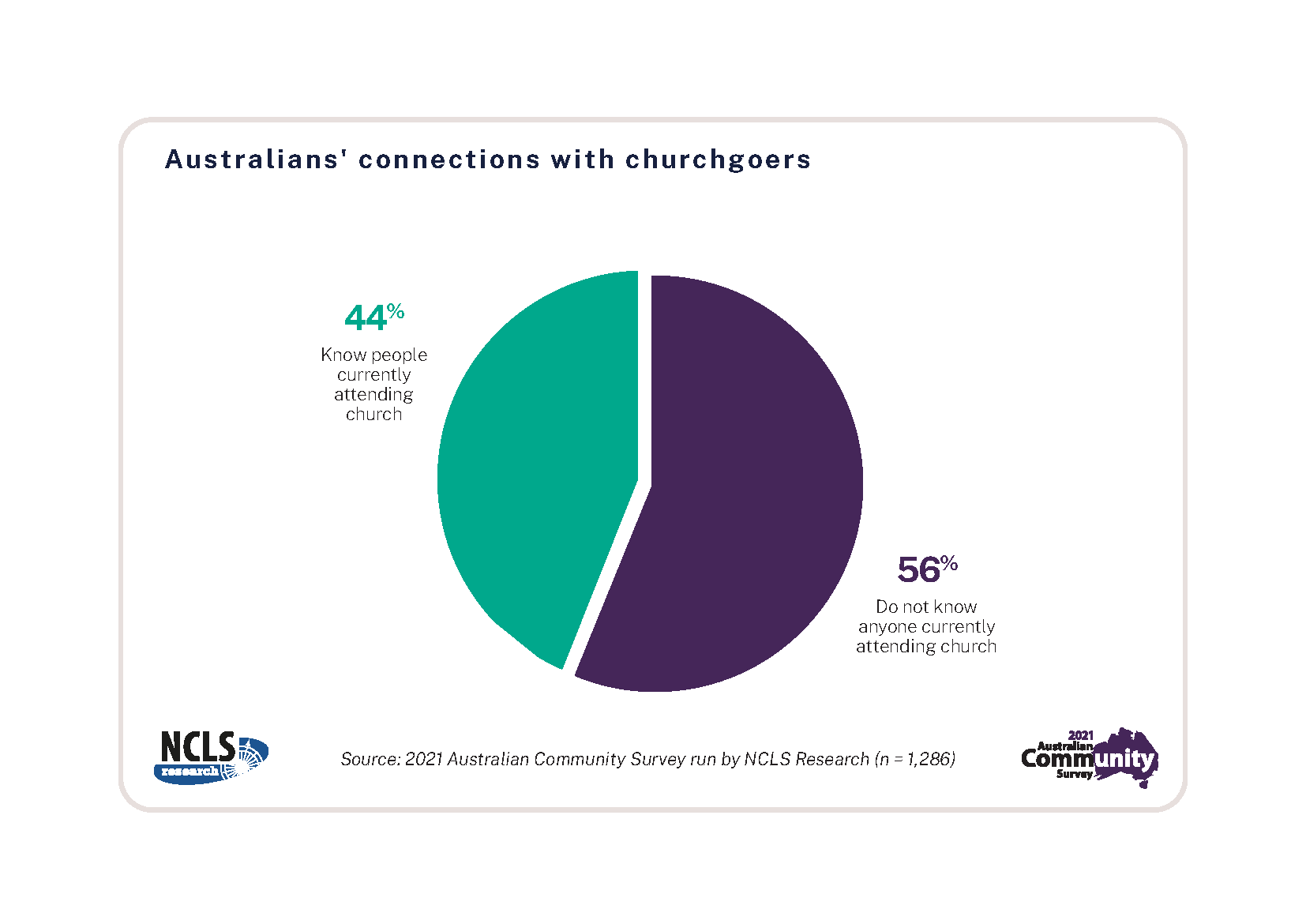 In late 2021 one in ten (10%) Australians said their spouse or partner attended church and 9% said that any of their children went to church. Some 12% of said their mother attended, while only 8% said their father was a churchgoer. This gender difference aligns with many other research studies that show that women tend to be more religious than men. A further 18% identified that another family member was a regular attender at a Christian church.

When asked about their friends, 9% of Australians reported that their closest friend was a regular churchgoer and 14% said another close friend attended church. The spiritual identity of Australians in 2021

Spiritual and religious self perceptions of Australians Results from the Australian Community Survey, by NCLS Research, show that levels of religious service attendance rose between 2020 and 2021. Is Jesus real to Australians?

Australians' views of who Jesus is 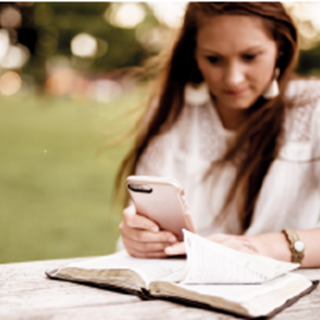 Australians openness to being invited to church