Home / Articles / Do Australians still help each other?

Do Australians still help each other?

Over the past few years we’ve seen an ever-growing trend in advertising. “You”, the customer, are the most important person in the world. Nothing matters other than your own happiness. Some would suggest we are becoming more individualistic and competitive, losing our sense of community and mateship. This has led to the criticism that Australian society is becoming more self-serving.

But is this true? Do Australians buy into self centredness or is altruism still alive in our society?

NCLS Research enjoys a challenge so we set out to investigate.

In November 2021, the Australian Community Survey (2021 ACS) by NCLS Research, gave a group of ordinary Australians a list of 10 acts of service or advocacy. They were asked to note which activities (if any) they engaged in, within the past year.

Three quarters of Australians have helped others

Results show that three quarters of those surveyed (75%) said they’d undertaken at least one of the activities of help in the past 12 months. 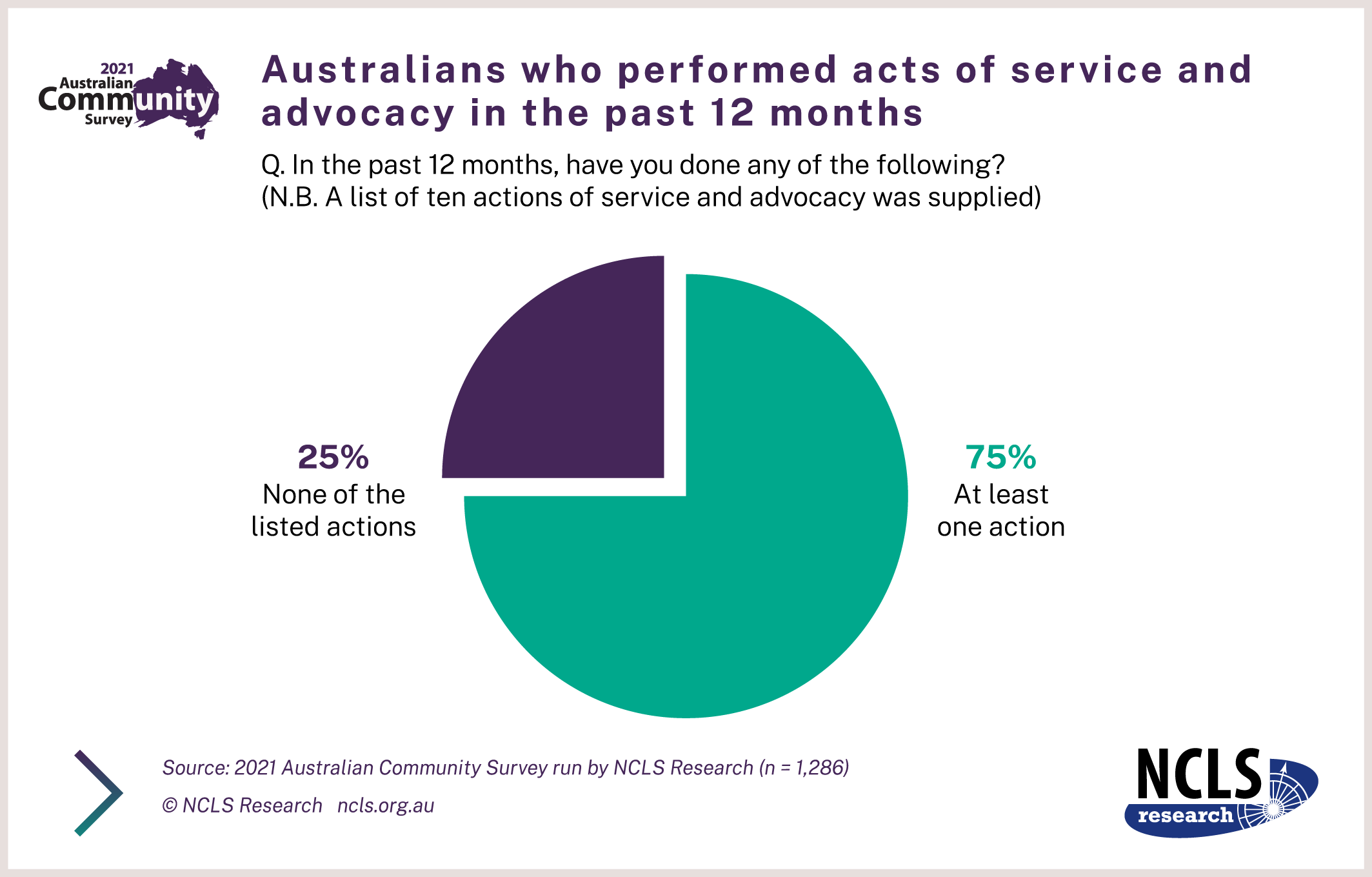 Charity and environment top the list of helpful actions

Donating to charity figured highest on the list of acts of service of Australians. Of those surveyed, 40% said they gave money to a charitable organisation. Just over a third of Australians (34%) said they took action to reduce personal impact on the environment. 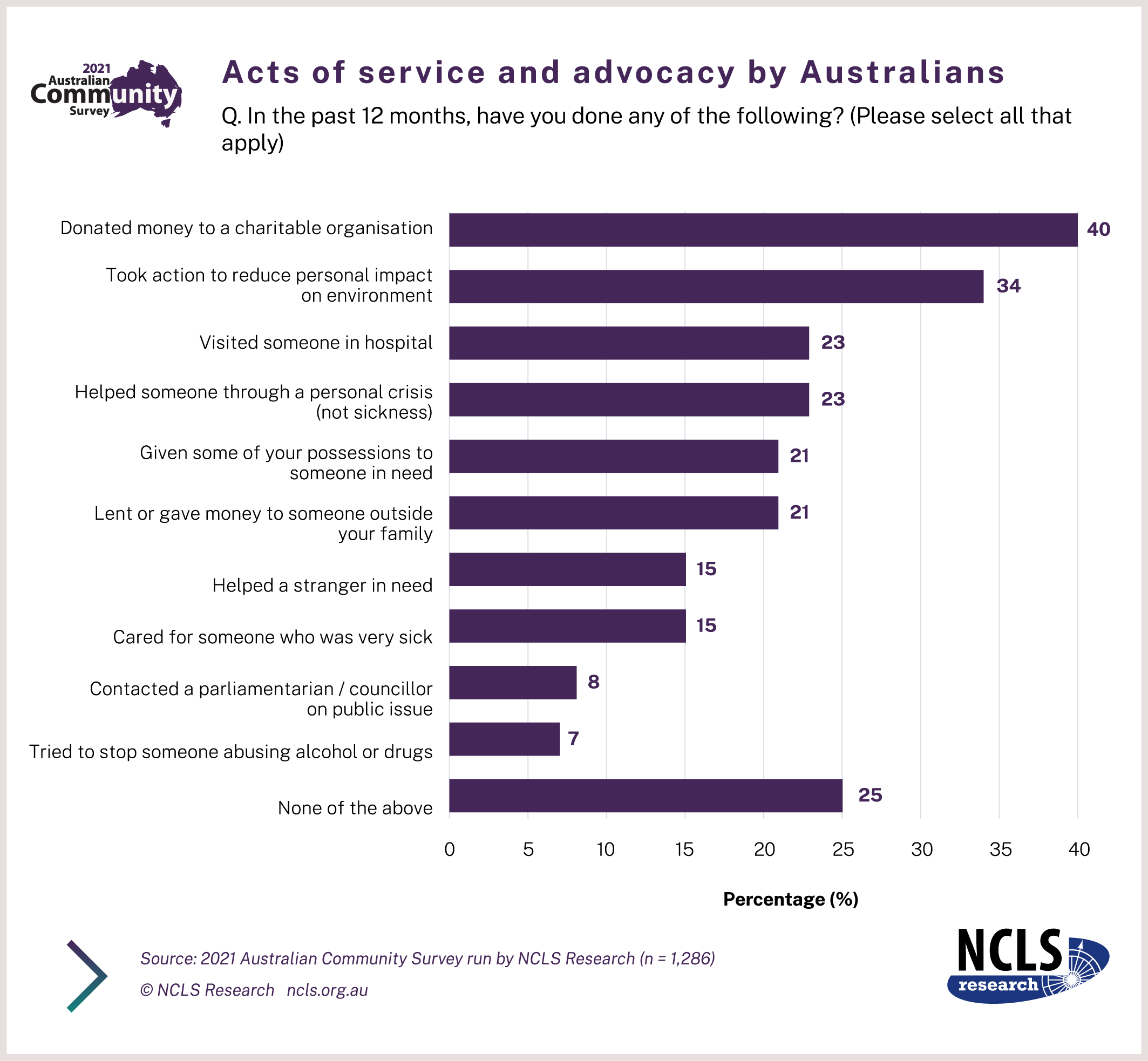 (Please note, People could select more than one response, so percentages will not add to 100%).

Willingness to help is alive and well

It appears that the idea of “the fair go” and “serving others” hasn’t deserted modern culture. This could influence many decisions Australians make, from where they spend their money, to what food they choose to buy, to what causes they support, to how they spend their time.

But it also declares one thing: The Aussie spirit of helping those around you isn't dead!

Further information on the differences in age groups when it comes to service and advocacy is available in our article: Does age affect advocacy? 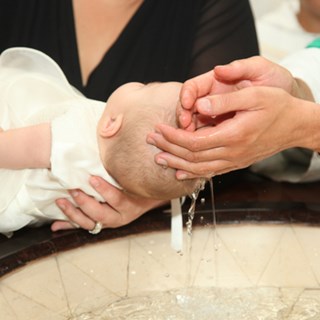