Two thirds of clergy have dealt with DFV situations

Most Australian clergy have experience with domestic and family violence situations.  Results from the 2016 National Church Life Survey show how they have responded.

Most Australian clergy have dealt with DFV situations 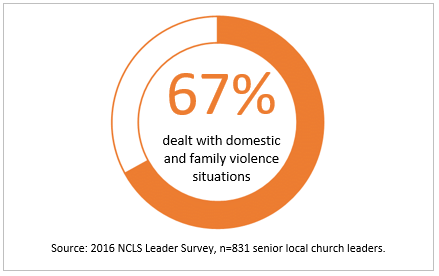 Clergy have mainly responded to victims of abuse, rather than to perpetrators 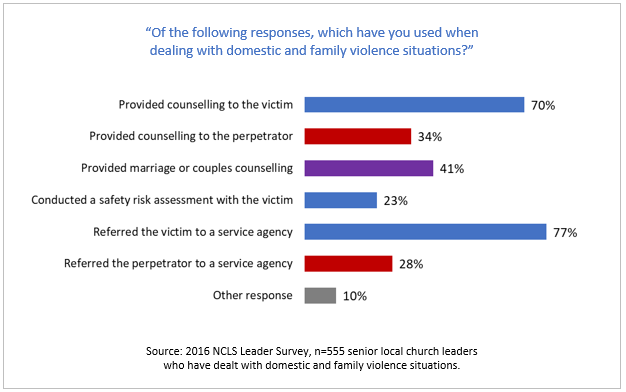 Most senior leaders referred victims to specialist services and counselled them, while fewer conducted safety risk assessments with victims.  A large minority counselled and/or referred perpetrators. 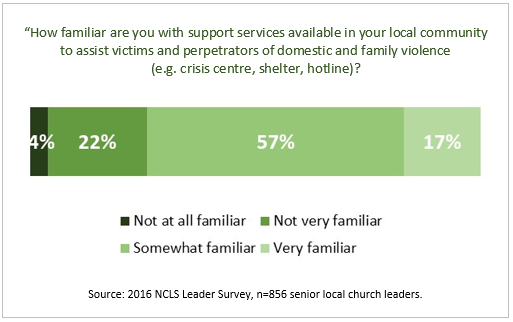 Forming bridges between churches and specialist DFV support services is an important way to equip clergy to better respond to DFV.  While around three-quarters of senior leaders considered themselves to be familiar with local DFV support services at least to some degree (somewhat or very familiar), just one in six considered themselves to be very familiar.

Note: Results are based on n=883 “senior local church leaders” (ministers, pastors or priests who are the primary or senior leader of a local church or who have equal standing in the ministry team, as well as laypeople serving as the principal leader in a local church) who participated in the 2016 NCLS.  Some 96.5% are clergy.  Data are weighted to correct for differences in participation across denominations.  Some 14 denominations and movements are included in the analysis, accounting for 89% of the estimated number of senior local church leaders in Australia (not including Orthodox, independent or house churches).

The full domestic and family violence results from the 2016 National Church Life Survey have been published in a peer-reviewed paper in the academic journal 'Religions'.  Access the paper here

About domestic and family violence: https://www.1800respect.org.au/violence-and-abuse 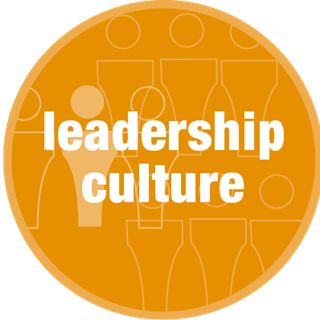 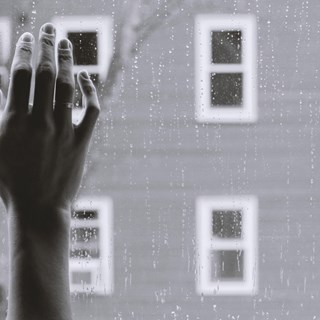