NCLS Research Summer Scholar Tracy McEwan explored how different generations of Catholic church-attending women were living and enacting their Catholic identity, when they participated in the 2016 National Church Life Survey.

This research revealed that even though young Catholic women were capable and keen to participate, they were under-involved in their parish communities.

According to the 2016 NCLS, females aged 15 to 36 made up just 14% of female Catholic church-attenders; this makes them the smallest age cohort of females surveyed. While small in number, these young Catholic women are an important group.

They are highly educated and confident. Two-thirds (67%) held a post-school qualification, and when compared to older cohorts of women, they were significantly more likely to be self-assured in identifying gifts, skills, and talents in communication and leadership. 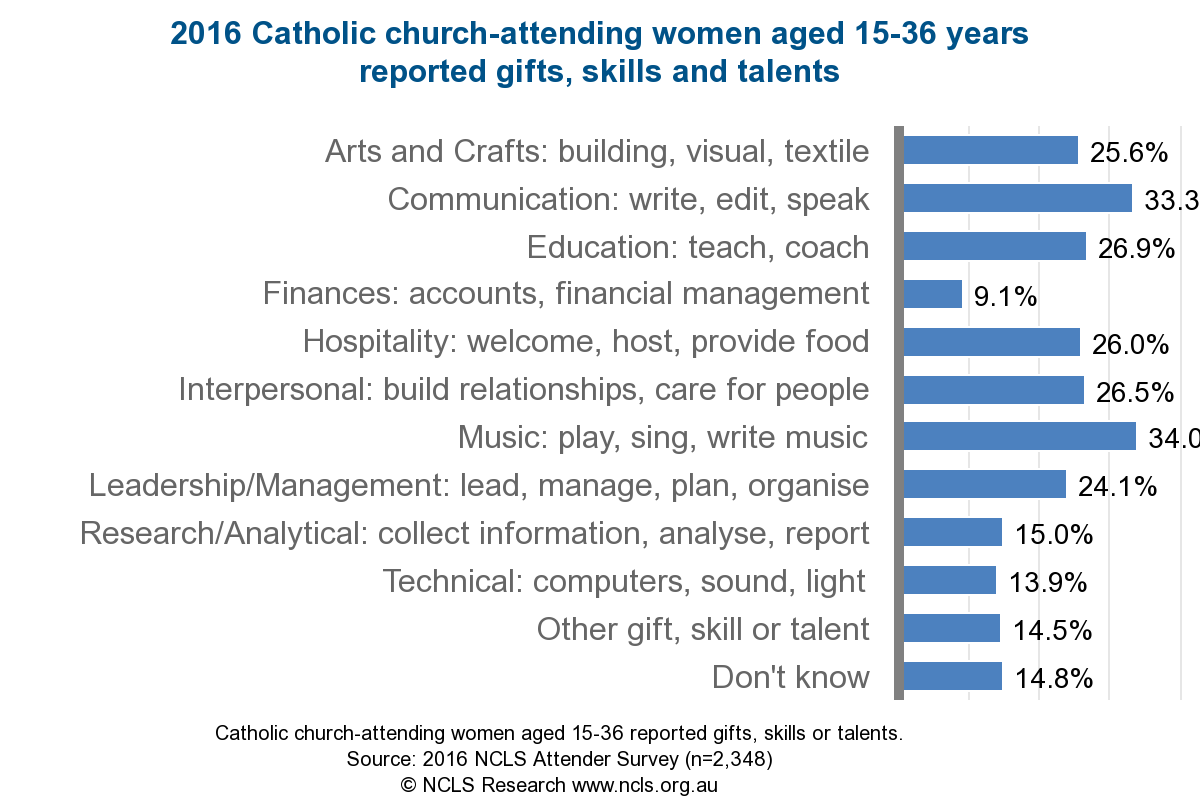 Willing to be involved

Willingness does not seem to be an issue. A third (32%) of these young Catholic women expressed a readiness to be more involved in the parish community in which they were surveyed; this is higher than for all other cohorts of women.

Even with 24% conveying leadership and management skills, just 2% were church committee members and only 1% were a member of the parish council or a similar leadership group. Indeed, 71% of young Catholic women held no leadership or ministry positions in their parish, making them comparatively less likely to be involved than older cohorts of women (57% of whom held no role).

With only 9% of young women strongly agreeing that their gifts and skills were well used, much can be done to encourage this overlooked group to participate more fully in parish communities.

A great potential not to be overlooked 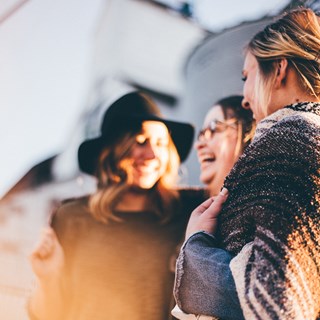