Home / Articles / Australians' views on the role of churches

When asked their view on the role of Christian churches in society, three roles were chosen by a majority of Australians as suitable for churches to fulfil in society: conduct weddings, funerals, baptisms etc (56%); encourage good morals (also 56%) and support the poor (54%). Other roles received less support.

In the 2018 Australian Community Survey, NCLS Research asked a sample of Australians to freely choose from a list of 14 possible roles that churches should fulfil in society. The responses can be grouped into three levels. Overall, the normative view appears to be that the churches have a role in fostering cohesive communities and a good society, but that this role should be an embedded influence rather than taking an up-front role.

Only three roles were chosen by a majority of Australians as suitable for churches to fulfil in society. These roles are:

This evaluation of the primary roles churches should fulfil in society was consistent with earlier results from the 2016 ACS, when the same three roles were selected by the majority (59%-60%).

The second group of roles was supported by around four in 10 Australians. They are:

Upfront roles not as well supported

However, roles that evoked an up-front place of the churches in public life were not well supported by Australians. Options presented included: 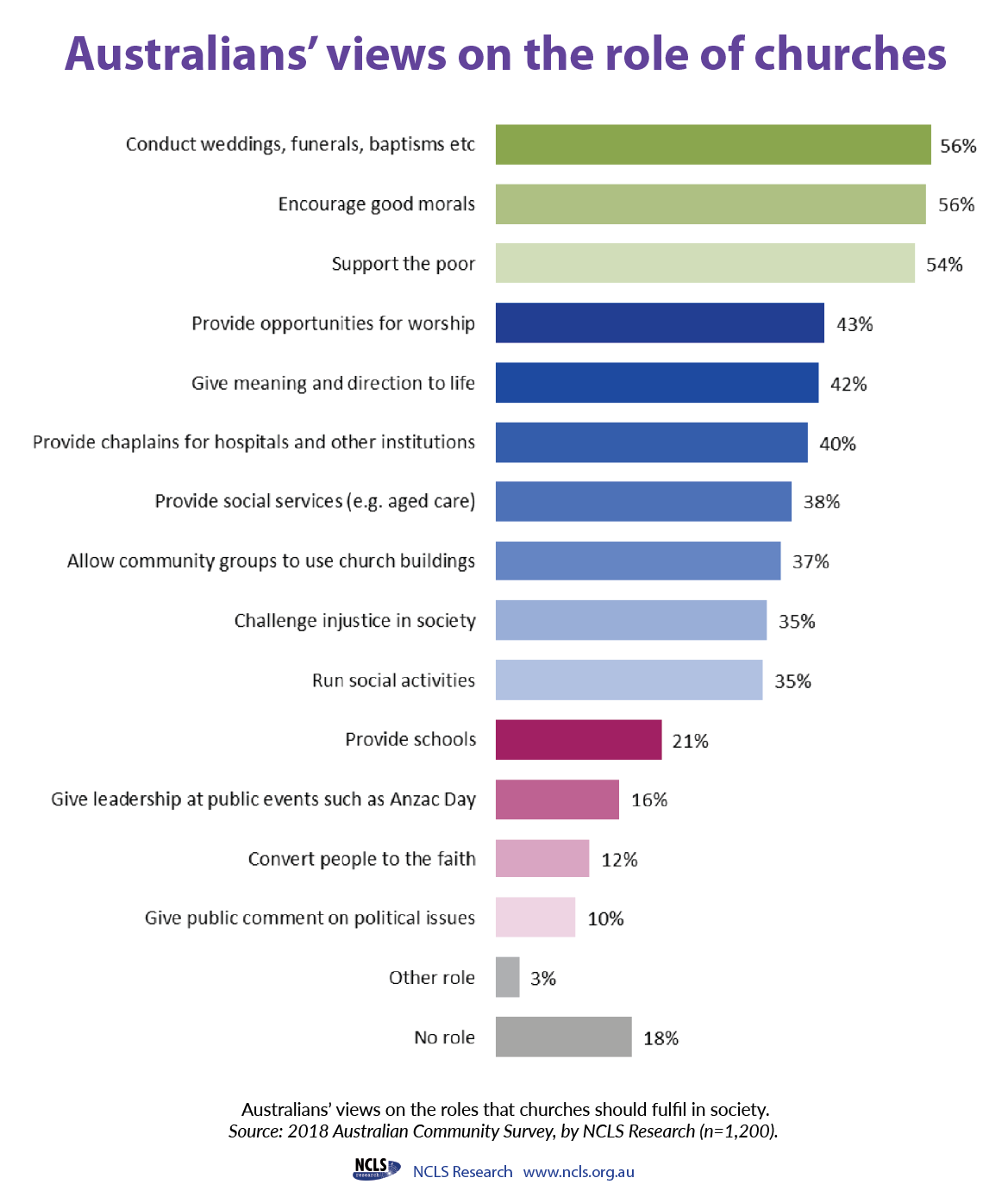 The overall results reveal that in terms of the role of Christian churches in particular, most Australians preferred that churches have an embedded role, investing in fostering cohesive communities and a good society.